A downloadable game for Windows, macOS, and Linux

This game is about a fish living in Underwearzip city. He was hungry so he went to the Krunchy Kans restaurant to eat a Human Patty.  Everything is going to be F̸͓̪͇̝̘̋̇̄̇̓̚Ǐ̵̭͕̪͋͂Ǹ̶̨͉͍͐̆̏͝È̶̗̹̩͖̦̽̔̅͑.

WARNING: This game includes flashing lights, jump scares, and funny jokes! So if you are allergic to funny jokes please don't play this game!... You can still buy it tho...

Please let us know if there is any other bugs that you guys have found...

This game is the n-th indie horror game I made.  let me know what you think about the game in the comments below, your support will really help me to develop my (n+1)th game! and please report any bugs or lags. Thank you.

In order to download this game you must purchase it at or above the minimum price of $3.99 USD. You will get access to the following files:

so i watched the game, so far it has a lot of flaws, one squidward didn’t act like himself less crabby and willing to let the player adventure off and warned the player not to go to the end corridor that makes anyone suspicious kinda amateur killer move, squidward kept raising the krabby patty price higher and higher, that’s mr krabs move not squidward, later on in game plankton had seemed more laid back and less evil and mean, didn’t even start yelling or drooling over the fact that the player and him were near the formula, so some stuff need a lot of work though

wish i could play it

F THOSE JUMPSCARES!!! but I had fun with the goofiness and horror aspect of this game! Goob Job on it also Wish I got through that door tho... maybe on day.

Are there more levels after you do the passcode while running from Spongebob the first time?

How do Gamers discover your Games?

So, can i get that Spongebob chase music from the game anywhere?

what happened to the actual characters?

Hello i wanted to ask what engine is this game on, i want to make a similar game. Thanks! 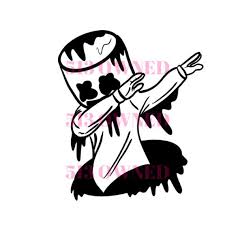 files are in .zip format , you need to extract them first

Reply
Cam Plays55 days ago(+1)
One of the funniest games I've played in a while!! Keep it up!
Reply
uglymangreg57 days ago(+1)
OVERSIZE SPONGEBOB trying TO TAKE MY MEAT (SUS!) | True ingredients SPONGEBOB HORROR GAME!)
Reply
CHiCKEN LiiTTLE58 days ago(+1)

This was great! Had so much fun with the game and being in the Krusty Krab the true ending was fantastic!!!!

can i get the version with the real sponge bob characters please?

is MacOS version working? I    bought and downloaded game but says Apple can't open it because it can't check for malware. Says developer needs to update game

Yes, it works, the reason your getting is warning is that you have some setting in your macOS, I'll send you a link which would help you

the game doesnt work i open it and then i keep walking left without pressing any button.

The game is working for everyone else, so there is probably a problem with your keyboard or your computer.

Try to:
-Restart your pc.
-Try a different keyboard.
-Delete the game and redownload it again.

Well, we haven't really tried a minimum system to figure out the minimum requirements. But we did our best to optimize the game.

How do I Make It Squidward and not a squid?

The original version was removed due to copyright.

How can i hace the first versión of the Game?

I showed proof, can I please have the versions requested?

I really thought this game will not be scary, but I was definitely wrong and I regretted it. I thought it will be just a joke of a game, but I gave my respect to RenderPi for creating an amazing game.

Spongebob HITS DIFFERENT in this game!! I managed to see two endings which I think was all of them? The Grek part was hilarious! Can't wait to see what you do next!

how do i get SpongeBob characters?

do a winnie the pooh horror game

I'm excited to play through "The True Ingredients" and experience this spooky and rich story this game has to offer. I'm interested in what engine this game runs on first before I consider buying it. Thank you for any given helpful answers or responses to this comment.

Okay. My graphics card on this PC is able to handle games that run with unity engine instead of unreal engine.  Thank you again for your answer.

Can you please reply to my email?

I have been waiting 4 days..

Hi,sorry for our late reply, since we get a lot of emails every day we might accidentally missed your email, please email us again if we haven’t replied to your email yet. Thank you.

Okay, no problem! Everyone makes mistakes!

I sent the email!

I am thinking you are sending to a wrong email, when you send an email can you attache a scrennshot of this section, your email might be different from your itch.io account name so we know who you are, this is our email: renderpi@outlook.com

This game was pretty funny and surprised me in certain moments. I have to go back and check out the secret ending. XD

Warning to viewers: SPOILERS IN VIDEO!

Reply
Farce76 days ago
This game was so dumb in the best way possible!
Reply
UPPERBOLT76 days ago

really enjoyed this! check it here!

Reply
Goblins Unite78 days ago
I never had a father. This game did nothing to help that. It was pretty scary. It made me feel something. So, thanks. 10 out of 10.
Reply
Viewing most recent comments · Next page · Last page 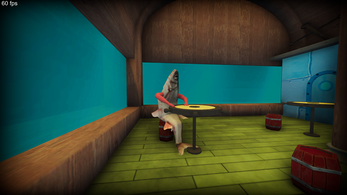 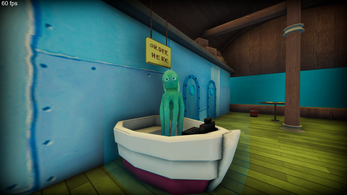 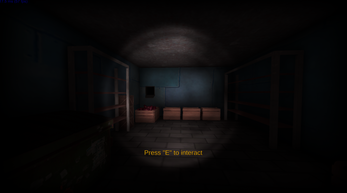 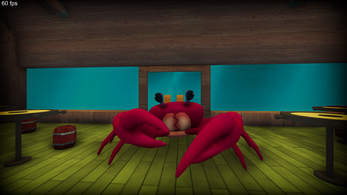 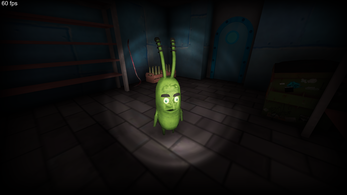 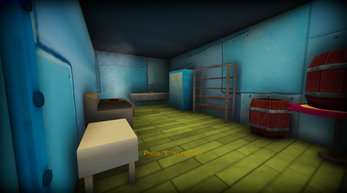